MEET THE DIRECTOR - JOHN MILES
Previously, John Miles worked as a central office administrator for Union County Public Schools within the Exceptional Children's Department. However, due to his love for lacrosse he was drawn back into the classroom and to the lacrosse field. John now currently teaches at Marvin Ridge Middle School and is the boys lacrosse coach at the high school. He is now on his sixth year as the head coach at a  Marvin Ridge  program and has over11 years of coaching experience that expands all age levels. His passion for the game of lacrosse has lead to the creation of the UC Rattlesnake lacrosse program. His ultimate goal is to expand his love of the game to others!

Tim Boyle enters his fourth season as the head men’s lacrosse coach at Wingate University in 2020. Boyle has led the Bulldogs a SAC Tournament championship in each of his first three seasons, the first three SAC tourney titles in program history. He also led Wingate to the 2019 regular season SAC title. Boyle has guided the 'Dogs to a pair of NCAA Tournament appearances in his first three seasons. Wingate had one NCAA tournament appearance all-time before Boyle's arrival. He is 37-13 in his three-year Wingate career, going 20-4 in league play. In 19 years as a collegiate head lacrosse coach, Boyle has compiled an overall record of 185-86.

The 2019 season saw the Bulldogs go 13-4 overall and 7-1 in league play to win the first regular season SAC title in program history to go along with a third consecutive SAC Tournament championship. Wingate earned an at-large bid to the NCAA Tournament for the second time in three years and third time in program history. The Bulldog defense led the conference in goals-against average in 2019. Wingate had 10 players earn all-conference honors, including 2019 SAC Player of the Year Alex Llerandi. Wingate had a pair of USILA All-Americans in Llerandi and Sean Moran, while Llerandi and RJ Neal both earned USILA/Warrior Scholar All-America accolades.

In his second season at Wingate in 2018, Boyle led the Bulldogs to an 11-5 record, going 7-1 in the SAC to finish in second place in the league standings. Wingate knocked off third-ranked Lenoir-Rhyne 12-9 in the SAC title game to capture a second straight SAC title. Conor Gronbach was named a third team All-American, while eight Bulldogs earned all-conference accolades, with Chris Gazzio earning Gronbach as a first team honoree.

Wingate went 13-4 in Boyle's first season in 2017 as the Bulldogs earned their first trip to the NCAA play-offs since 2001 and just the second in program history. Wingate's victory at Queens in the SAC title game gave the 'Dogs their first ever SAC championship. The Bulldogs were ranked number nine nationally in the final regular season poll. Eleven student-athletes made the All-SAC team, led by senior attack Austin Murphy (’17), who led the league in total points and assists. Murphy finished his brilliant career as Wingate’s all-time leading scorer.

In addition to his national awards, Boyle earned East Coast Conference Coach of the Year honors in 2006, 2010, 2012 and 2016. During his tenure at Dowling, Boyle coached 43 All-Americans, six of which went on to play professionally. The Golden Lions had three All-Americans in 2016, including one first team selection and a pair of third team honorees.

Prior to taking over as Dowling’s head coach, Boyle served as the Golden Lions assistant from 1995-2000. Boyle has also served as an assistant coach for the Irish Lacrosse Team which competed in the 2002 World Championships in Perth, Australia. Prior to his coaching experiences, he was a four-year starter and team captain at Oneonta State. He graduated in 1990, earning a Bachelor’s Degree in both U.S. History and European History. He earned his Master’s Degree from Dowling.

Keith Lohmuller joined the Rattlesnake the Fall of 2019 and is the head coach of the 2022 boys high school team.
Keith Lohmuller was named assistant men's lacrosse coach in the fall of 2018.

In his first year, Lohmuller helped the Royals turn in a 13-5 record and return to the NCAA Championships for the second time in program history.

Lohmuller joined the coaching scene in 2009 at the University of Colorado as the defensive coordinator and faceoff coach. After spending one season with the Buffs, he returned home to Long Island, New York and began coaching with Checkmate Lacrosse.

A student-athlete himself, Lohmuller competed at Adelphi University as a defender. The decorated player was a three-time All-East Coast Conference honoree and a two-time all-American. He is the first and only all-American defensive midfielder to come out of the program. Additionally, he helped the Panthers reach the national championship game in three consecutive seasons, winning the title in 1998. Prior to attending Adelphi, Lohmuller spent two years at the United States Military Academy in West Point, New York.

Lohmuller earned his bachelor's degree in management in 1998 from Adelphi. In addition to coaching since graduation, he has worked in numerous positions at JP Morgan Chase Bank, TD Bank, and PNC Bank. He also served in the United States Army from 1998-2010 as an infantry officer and a weapons and tactics trainer. 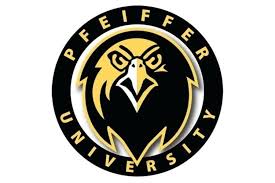 Tucker Nelson enters his first season with the Rattlesnakes and as interim head coach of the Pfeiffer men's lacrosse program. He previously spent the past two seasons working with the team’s offense and man-up squads. Nelson had a stellar playing career at both Binghamton University and Marist College as well as participating as a member of the Ohio Machine of the MLL (Major League Lacrosse).

Nelson is a graduate of Penfield High School in Rochester, NY where he was a 4-time letter winner, 3-time all-county selection and 2-time all-greater Rochester honoree.  During his outstanding high school career, he amassed 197 points (88 goals, 109 assists) while setting the school record for points in a season and earning tam MVP honors.

Nelson is the product of tremendous athletic pedigree.  Tucker’s mother Lynne Nelson was a standout soccer player for Nazareth College and is a member of its Athletic Hall of Fame.  His father, Scott, built Nazareth College’s men’s lacrosse program into a national powerhouse en route to winning three NCAA DIII national championships.  He then enjoyed successful stints at Brown University and Marist College before arriving at Pfeiffer, coaching the Falcons for three seasons.

Other Coaching Staff From Wingate University

In addition to Coach Boyle, the Rattlesnakes will have the following staff from Wingate Unviersity coaching and working with it's teams.

As a final note, here at Union County Rattlesnake Lacrosse we realize it is not about one coach or individual but the community that makes a team and a program successful!